There is a reason – Nov 7th 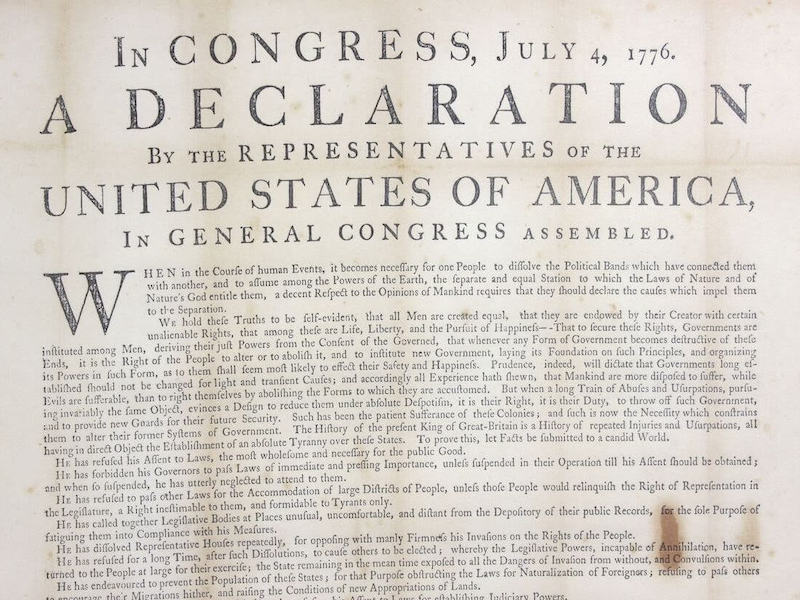 Yes, we have been this divided before in the 1850’s prior to the Civil War and, yes, we have flirted with Fascism before in the 1930’s/1950’s. And, yes, we have survived those and other divisive periods in our United States history. Is this time different? Yes, it is. This is not a yes to irrational fears, to withdrawal from the civic life of our country or secession but it serious.

Just as each of us is unique shaped by our lineage, our life experiences and our individual beliefs/choices, our Country is also shaped by it’s past, it’s beliefs, it’s choices, it’s personality. We don’t normally think of a country as its own entity, it’s own personality, yet we can easily see the differences between the United Sates, Canada, Mexico (our geographic neighbors) or France or Kenya or Brazil. Our understanding of who we are as a people is informed by our history, our background, our beliefs, our expectations of and for our country, our hopes for our people and our feelings of belonging or not belonging in our country. We have an individual personality and a collective personality nationally as well as globally.

Historical and Esoteric cycles are illuminated in the United States destiny chart which was born in 1776 at the signing of the Declaration of Independence in Philadelphia. Each planetary position indicates a voice in our collective consciousness as Americans, a thread in the tapestry of our destiny. The only one of the 10 traditional planets in the U. S. Chart that has not returned to its birth position is Pluto whose return is happening is now -2020-2024. This Pluto Return signals the end of/completion of the contract our Founders signed in 1776. Now it is our turn to recommit to the sacred contract of We the People who hold the truths of of our innate and divine equality with the rights to Life, Liberty and the pursuit of Happiness to be self-evident. We have come a long way from the promises of 1776 despite the reality we are not yet that perfected Union. Establishing justice, insuring domestic tranquility, providing for the common defense, promoting the general welfare and fully securing the blessings of Liberty, to ourselves and our posterity is still a work in progress.

The inspiration of our Founders vision and courageous commitment to becoming a free people has guided our progress as we gradually extended the voting franchise beyond white men of property to all white men, to black men, and finally to women; as we confronted and ended the enslavement of black Americans; as we learned to welcome and assimilate immigrants; as we became a leader in the global world. Let’s celebrate this and much more progress we have made together as we remember that our Founders were visionaries who did not live up to their own vision, did not believe in a world where all people were equal, were less than their vision. We, too, are flawed. We, too, are called to commit to their inspired vision at a time when we can fully realize what they could not.

Our Republic is struggling to birth a new identity as a fully functioning democracy. Republic or Democracy; everyone is equal or some are less equal; everyone can vote easily or some voters/votes don’t count; elections are fully transparent or can only be won by the “right” people; the economy/education/job opportunities/justice are available to all or only to some;  the peaceful transfer of power is sacred or our side must win; the will of the people is the purpose of our elected representatives or the will of the corporations/wealthy rules.

Who shall we be? Our Pluto return is inviting, perhaps demanding, that we step up to full citizenship to work together to become the Democracy we can become in the 21st century, to fulfill the vision of the Founders. WE can become the founders of the rebirth of freedom Lincoln called for during the Civil War.